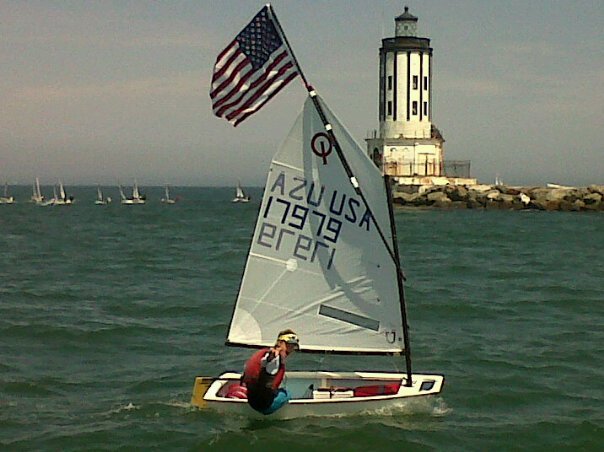 The 2011 IODA North American Continental Championships came to a close this past Wednesday in Cabrillo Beach, CA.


After 13 days of practice, sailing, and hotel-hijinx, the LISOT sailors had a successful overall regatta.


Congratulations to Russell Clarida, who once again showed that he has the talent to stay on top and was crowned the 2011 North American Champion.  (It was too bad he had to miss the ceremony and catch his flight!)


And two LISOT sailors - Jack Parkin and Will Logue -  were part of USA 2 who won the 2011 North American Team Race Championship!  Congrats to  Jack and Will and Team USA 2 teammates Alie Toppa, Richard Schuurmans, and Wiley Rogers.) 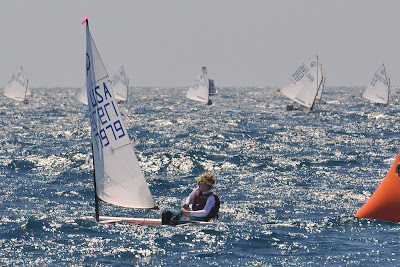 The Port of Los Angeles did not disappoint in the wind category either.  Breeze was fairly consistent throughout all the days of the regatta, with 15-20 knots and lots of waves!
CBYC  did the best job they could to put on the event and I'm sure that the Crowne Plaza did not shed tears when the 187 sailors departed on the 7th.  (Who knew you could transfer shampoo bottles from floor-to-floor OUTSIDE your room window??)
Part of the LISOT team got to show their talent in the water in other ways as well.  Augie, Jack, Will, Audrey and Jared took some time out to catch some waves in Hermosa Beach on the 4th of July.

PLEASE check out the 2011 OptiNAM Team USA Blog for photos and daily reports!  Also, check out the videos posted from each day of racing, as well as the final ceremony!  Plus Dave Hein and Davis Gaynes have slideshows of sailing pictures that were posted to the blog as well!