Last weekend a LISOT team of 30 sailors, along with coaches Pepe, Marcos and Rio, headed down to the Tred Avon Yacht Club in Oxford, Maryland for the 2010 ACCs. 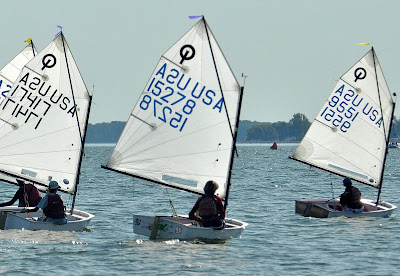 A lot of silver was taken home as LISOT sailors made a strong showing in this competitive fleet taking 6 of the top 10, 10 of the top 20, and top Girl.

Congratulations to Harry Koeppel who was the top LISOT sailor in 2nd place, in his final tune up for Worlds in December.

Harry was followed by Augie Dale in 3rd, KB Knapp in 4th (and top girl), Jared Gaynes in 5th, Clay Johnson in 6th, and Sean Walsh in 10th. 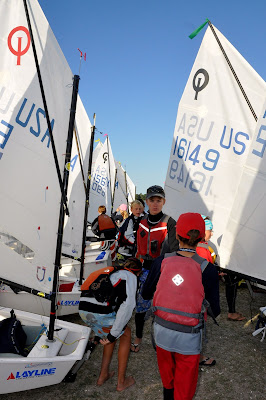 It was a beautiful fall weekend and Tred Avon did a fabulous job hosting more than 150 sailors. The level of competition was high, with sailors from all over the east coast and as far away as Texas. The only thing missing was the wind…again!

The local conditions were particularly challenging as the race course is at the mouth of a river flowing into Chesapeake Bay. This means contending with current from the river as well as current from tides.

The fleet was split into four groups, with about 75 boats on the line for each start. A long course and light winds led to the first series of races lasting about 60 minutes each.

The first race of the series was a LISOT-fest with our sailors taking the first six places. Sean Walsh won, holding a lead of well over 100 yards from the windward mark all the way to the finish. The breeze freshened for the second series and the races were completed in about 45 minutes. And then the wind died and the floating began. Because of the currents in the area, the light afternoon breeze was not enough to race in and after a couple of starts that had to be abandoned the race committee sent the sailors in for the day. 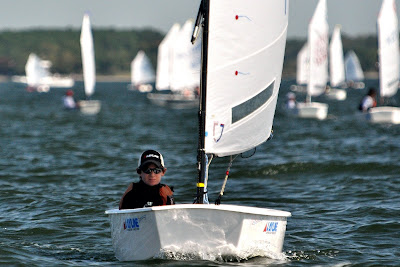 Sunday began with sunny skies, cool air and a brisk breeze as sailors arrived early for the 9:00 harbor start. The Optis got off the beach and headed out to the course right on time, and then the wind died. Although they tried hard, with four attempts to start races throughout the day, there was not enough wind to sail and racing was called at about 3:00. The regatta finished with two series completed in winds ranging from 4-10 knots. 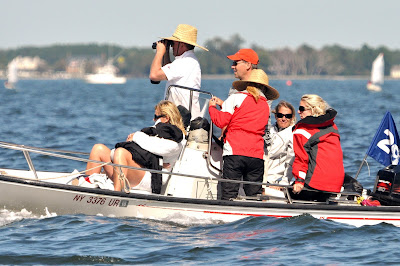