A group of 11 Opti sailors traveled 6,000 miles down to Mar del Plata, Argentina this week to compete in the 45th annual Semana Internacional Del Yachting - two back-to-back regattas in 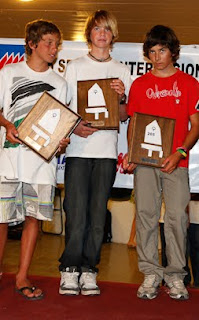 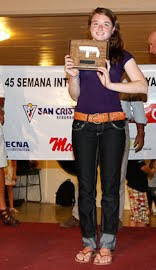 Also down from the States and sailing in the regattas were the Nathaniel and Jack Johansson (Team Chill - Coral Reef YC) and Tommy Garber (Minnesota).
Congratulations to all our sailors, who did well in both regattas. They saw extremely variable conditions ranging from very light and shifty wind, to 30-35 knots in gigantic ocean waves. 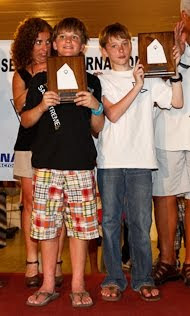 Christopher was the dominant US sailor in both regattas and the top US boat - with overall finishes of 4th and 1st, respectively. Right on Christopher's transom was his twin brother, Duncan, (finishing 11th and 2nd), and Harry Koeppel (finishing 17th and 4th overall - 5th and 3rd US sailor, respectively).
Megan Grapengeter-Rudnick was #1 girl (and 4th US sailor) in both regattas with overall finishes of 13th and 10th.
And Will Logue was turbocharged all week, finishing as 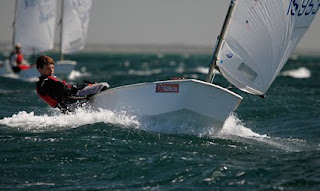 the top "under-12 year old" in both regattas (with overall finishes of 27 and 21), and Jack Parkin #3 in the under 12 group.
Equally impressive was the team as a whole, taking 8 of the top 20 finishes in the first regatta, and 5 of the top 10 in the second regatta!
Regatta one highlights 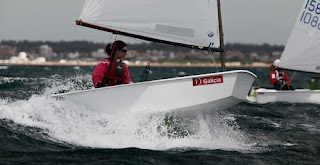 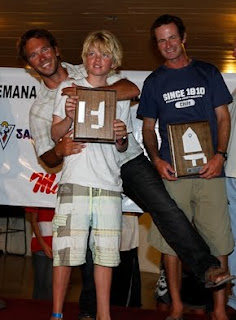 Regatta two:
A Williford/Koeppel one-two-four!
The battle for first was a total intra-team affair between Christoper, Duncan and Harry as these three dominated this second regatta.
Going into the final 8th race, Christopher was in first place with 16 points. Duncan and Harry tied in 2nd/3rd, both just 2 points behind Chris. The final race on Sunday was another light air event.
In the end Christopher held onto his lead and won the regatta (for the second time in as many years). Duncan held on to second and Harry finished the regatta in 4th. 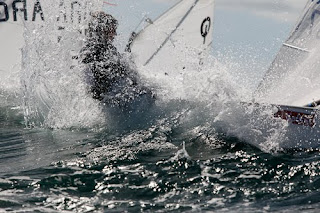 Megan has a strong final race finished the regatta in 10th, and again held the position as #1 girl.
Our team finished this second regatta with sailors in 5 of the top 10 spots! And of the 8 races, we had 6 of the bullets - Christopher with 3, Duncan 2 and Harry 1.
Final results for regatta 2: 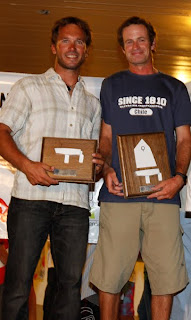