At what has become a LISOT tradition, about 150 parents, Opti, 420 and Radial sailors joined in the fun at this years' holiday party to celebrate a great 2009, and step-up 20 Opti sailors who have aged or sized out, and are moving into Radials and 420s.

Unlike last years' party, at which everyone had to contend with a heafty snow storm, this year the snow managed to stay a few miles North the day before - so only a few cars were covered in white when they arrived. And with such a mild fall so far, this year the Opti's had practice during the day, and came off the water as the sun set, just in time for the party. 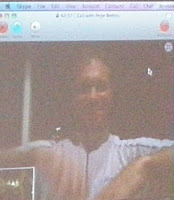 LISOT President Doug Wefer kicked off the evening with introductions of the LISOT Board. Everyone was treated to a showing of Pepe's video of the 2009 summer season, follow by the annual step-up slide show - this year a fantastic DVD production by Jill and Daniel DelBello.
Graduates each received an engraved rigging knife. 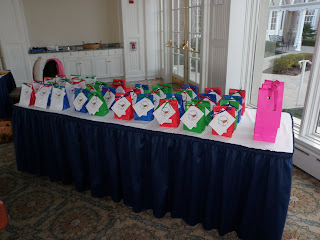 Congratulations to all who stepped up in 2009:
Thanks to Barbara and Davis Gaynes and Diane and Gerard Koeppel for hosting LISOT at their wonderful Beach Point YC. And for all the work on the party by Janet, Jill and Diane. 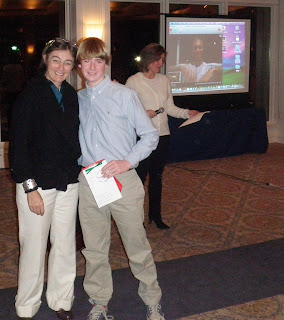 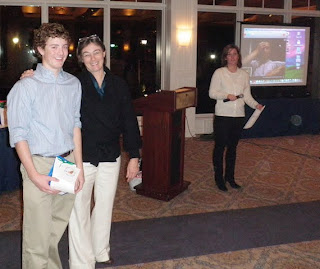 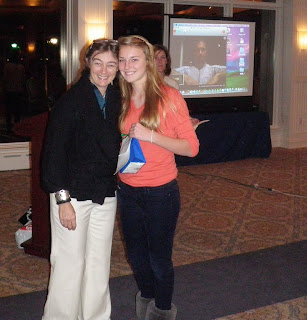 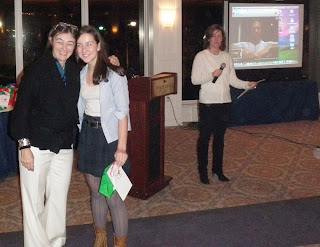 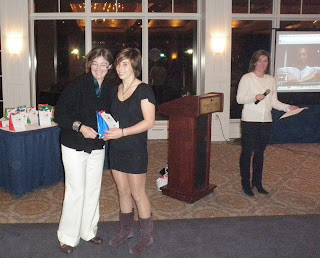