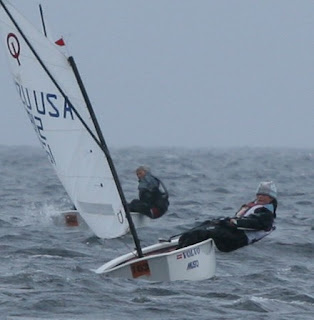 The Scottish say you get all four seasons in one day of sailing in Scotland.

For this years' Opti British Nationals, Team USA sailors saw 3 of the 4 (it didn't snow) during the course of a long 6-day UK National championship - held at the beautiful, but often chilly, Largs Sailing Club on Scotland's west coast - about 30km west of Glasglow. 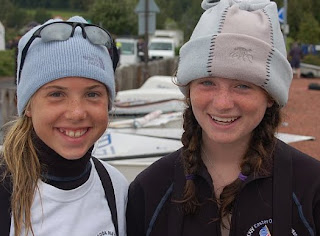 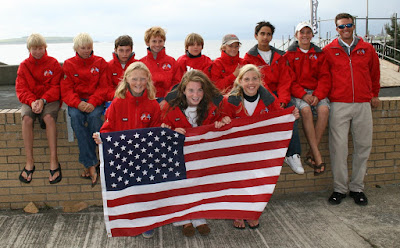 Megan was part of the 10-member Team USA that traveled to Largs - each having qualified at 2009 USODA Team Trials. The 10 sailors, from all parts of the US, were also joined by two younger siblings for a total of Twelve US sailors.

Team USA was coached by Brian Paine as well as privately for one sibling by Luke Lawrence. Interestingly, Brian was part of the Team USA Opti World team in 1996 that included LISOT's own Trevor Moore and Amanda Clark! Luke, part of the US U23 team, is headed off for his freshman year at Roger Williams. 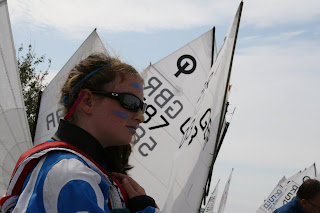 The racing was held on the Firth of Clyde in conditions that varied from light and very shifty with sun and temps in the low 70s, to 15-25+ knots and gusty, temps in the upper 50s, driving rain, 2+ knot currents, steep chop and 10 foot tides. With water temps only near 60, even the slightest of breeze immediately dropped the air temperature. The kids sailed in spray tops one day, drysuits, wool hats and winter gloves the next. 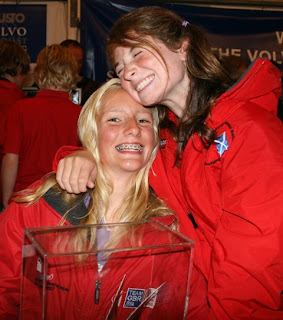 n the final day in the harshest conditions of the week and moved up from the 9th spot to finish 8th overall. And as top girl - she was 13 spots ahead of the next girls - two GBR friends she met at the Easter Regatta in Brassemermeer, Holland, Johanna Asplund (top GBR girl - photo right) in 21st and Megan Brickwood in 23rd. 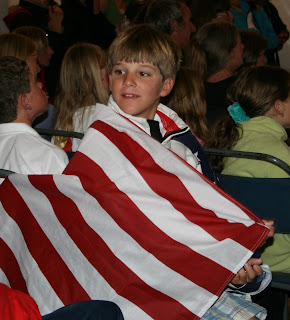 2nd - Jack Johansson (having just turned 10, not qualifying for Team Trials last year, and coming to the regatta with his older brother Nataniel) - Jack showed a maturity and determination far beyond his young years. Going into the final day atop the Gold division, Jack had a lot of pressure on his young shoulders. His first race of the day was a very disappointing 39th! But Jack is one tough and determined sailor - and was able to put it behind him, focus and hike hard - and finished the final two races in 4th and 10th in very harsh conditions - to come in 2nd overall, a mere 3 points behind the leader. That American Flag fits better than the winter sailing gloves!
5th - Adele Whitmyer (Noroton YC) had some of the best starts of the regatta, often nailing the pin literally 10 boat lengths ahead of the fleet. She sailed superbly and was top girl in the junior fleet. Adele was also top junior fleet girl.
8th - Ian MacDiarmid 8 (Palm Beach, FL)
11th - Ben Kern 11 (Palm Beach, FL)
12 - Haddon Hughes (Houston, TX). Second Junior fleet girl.
18 - Parker Hughes (Houston, TX)

Read more about the event on the Team USA Blog and the regatta blog!
Posted by Michael Rudnick at Sunday, August 16, 2009